Here you can find some of the answer to common questions.

You are probably facing an issue relative to how Play Store manages in-app purchases. In-app items are connected to the account you used to purchase them and they are considered valid only in apps download or updated while you are signed in Play Store using that account.

Solution: sign into Play Store with the same account you used to purchase the license, then clear the cache of your Play Store app and reboot your device. If it still does not work, try reading this procedure.

If you were affected by this issue, please consider starring this bug on the Google issue tracker.

Can I use my Premium license on a different device?

If you purchased a new smart phone or if you have more than one android device, you can use Smart Launcher on these devices without having to purchase other licenses. You just need to login the new device into the same Google account you used to purchase your Smart Launcher license.

If you already did but your you can't access premium functionalities, try to restart Smart Launcher. If this doesn't work, try to uninstall Smart Launcher and to reinstall it while you are logged into Play Store with the same account used to purchase Smart Launcher.

Can I migrate my purchase on a new email account?

Unfortunately, this is not possible.

Is Smart Launcher Pro a lifetime license or a subscription?

We are actually testing different solution with different prices, in different countries. However, unless stated otherwise, the Smart Launcher Pro license is lifetime and it can be used on all the devices logged into the Google account you used to purchase the license.

I already paid for SL3. Do I need to pay again for SL5 Pro?

You can check your license status in Preferences → Info version.

If you have both the versions installed but you can't have your license verified, try to uninstall and then reinstall SL3.

Please remember, Smart Launcher 3 Pro license doesn't include the Feature Pack 2018-2019. This optional purchase unlocks some new features exclusive of SL5 and it’s very important for us because it helps us supporting the development costs.

*Please note, both the versions of Smart Launcher must be installed and genuine (not cracked and installed via Play Store).

I want a refund, for reasons…

Please use fill this form to request a refund. Our team will review your request and will consider your eligibility to get a refund. As described in our Terms Of Service, all refunds will be at our sole discretion.

I cannot set gestures to work with Smart Launcher (Android 10)

Smart Launcher 5 is fully optimized to work with gesture navigation.

However, some firmwares based on the first versions of Android 10, prevent gesture navigation to work with custom launchers. On December 2019, Google released a patch for Pixel 2, 3 and 4. Samsung, One Plus and other manufacturers distributed this patch to their devices with a software update starting from the start of 2020.

The clock reports a wrong alarm time. I didn’t set any.

This is a known issue and unfortunately, it seems like it can be fixed, as it doesn’t depend on us. At the moment we know that some Xiaomi devices, shows completely wrong alarm, while some Samsung devices anticipate the next alarm of some minutes.

I see invasive ads while using Smart Launcher or other apps.

Smart Launcher show very few and not intrusive ads even to free users. If you are experiencing this issue, you probably installed a malicious app that is showing advertising using popups while you normally use your phone.

We suggest to use an antivirus app to try to detect the app that is causing the problem or to uninstall apps that are not distributed by well known developers.

Generally Smart Launcher does not drain your battery faster than your built-in launcher, and depending on how you use it, it may also improve your battery drain.

Smart Launcher has been designed, and is continuously optimized, to use as less resources as possible and when it is running replaces the build-in launcher. Extremely few tasks are performed while Smart Launcher is running in the background (SL reacts to apps installs and uninstalls by creating or deleting some icon).

However, even if Smart Launcher should consume less battery than your build-in launcher, your battery usage is much more influenced by other factors, like how and how much you use your device but also conditions which do not depends on you, like network quality and enviromental brightness.

I cannot move icons freely on my home page

This is not a bug, is how Smart Launcher is expected to work. In Smart Launcher, home page icons are automatically aligned to the layout you choose (grid, flower, arch, honeycomb). This allows to keep your icons always in order and to simplify the layout management.

We are considering to include a manual position system, we suggest to follow our community on Reddit to stay updated with the latest news.

While I was using my Huawei/Honor device, a message appeared saying “Your phone has just recovered from a serious error caused by Smart Launcher”. What does it mean?

You should completely ignore that message, it’s just an attempt by the system to convince you to come back to the built-in launcher. That message appears after a simple crash or a freeze not necessarily caused by Smart Launcher itself. There is absolutely nothing to worry about it.

Smart Launcher displays everything in black and white. I can’t see colors anymore.

Probably you accidentally enabled Gray scale mode. You can disable it from

To find the solution to this problem, relative to your device, please check our "device specific issues" section:

Unfortunately, this issue depends on a system limitation. Android provides no way to programmatically turn off the screen. The only way to do it requires to invoke a forced security lock or using some sort of workarounds. You can choose a different screen lock method in Preferences, Global Settings, Screen, Screen lock method.

I tried to add a shortcut to the home page but when I try to launch it a message says “The system doesn’t allow Smart Launcher to perform this action”.

Sometimes, device manufacturers, limit some features to work only with their own apps. This happens especially with quick dial shortcuts. Unfortunately, Smart Launcher can’t circumvent this limit. Our suggestion is to install and use a different app to add the same shortcut.

Probably you are not experiencing a crash or a bug, it’s just your device firmware being that kills Smart Launcher in the background. There are various solution to fix this issue, we suggest to check them here:

Notifications badges do not work for certain apps

Notifications are probably working just as expected, but Smart Launcher could exibit a behavior different from your old launcher.

Smart Launcher instead uses the official Android API and cleans the notification badges as soon as you read or dismiss the relative notifications. This method provides reliable data without requiring access to your phone or SMS history.

Smart Launcher uses Android APIs to get the number of new events for each app. Unfortunately, app developers very often don’t use all the features of this API as in the case of the notification count. In these situations, we can only try to guess the count. However, we’re continuously working to improve our notification count system and bug reports are welcome.

In order to perform certain actions like expanding the notification panel or showing the recent apps screen, Smart Launcher needs to use an Accessibility service a special kind of Android service which allow an app to execute task usually limited by the OS.

However, it seems like Android sometimes cannot properly restart this service when necessary and this could lead to an annoying problem when Smart Launcher is constantly asking the user to enable the Accessibility service even if it should already be enabled in the system preferences.

At the moment the only solution known to work, is to restart your device when this happens. If the fix doesn't work or if the issue returns too often, we suggest to try to uninstall then reinstall Smart Launcher.

We suggest to perform a backup in Preferences -> Backup to avoid losing your configuration during the uninstallation process.

Is Smart Launcher compatible with my device model?

Yes, most probably! Smart Launcher supports any device running Android Jellybean or higher with support to third-party launchers. However some brands are more launchers friendly than others. If you are looking for your next device and you want to use Smart Launcher on it, we suggest to give a look to the list of device-specific issues here.

Please note, Smart Launcher requires Google Play Services to work and verify licenses, so many Huawei and Honor devices released after 2019 are not officially compatible with Smart Launcher.

I installed Smart Launcher but I don’t like it. How can I revert all the changes?

What is the most appropriate place in which I can leave my feedback?

Please use the Feedback & Suggestions section of our Reddit community. It’s a great space where you can submit your ideas and get immediate feedback from other users. Your opinion is very important for us as Smart Launcher is a community-driven project.

I’m experiencing a problem. What can I do?

First of all, if you’re experiencing a crash, click “report” when the crash happens. This will help us collect more data about the crash. Then create a post on our Reddit or Facebook community including:

How can I uninstall Smart Launcher?

Since Smart Launcher is an app, it can be uninstalled like any other Android app. You can follow any of the procedures below:

Probably Smart Launcher is still set as default launcher and Android is preventing you from uninstalling it. In this case, please set a different launcher as default, then try again.

I have a question about lock screens. 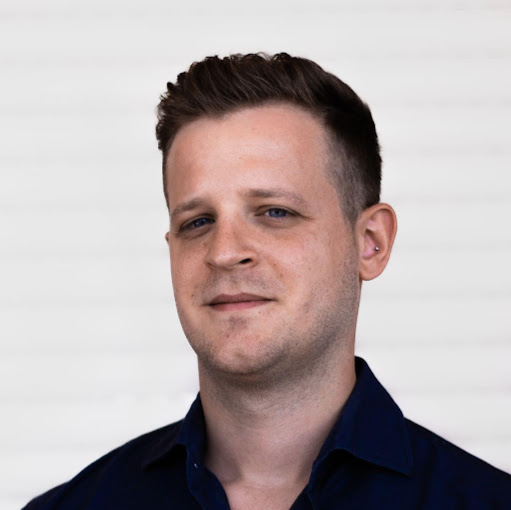 Last updated 2 months ago
Contents
Contents
License and purchases
After the last update/a new install/factory reset Smart Launcher doesn’t recognize my purchases.
Can I use my Premium license on a different device?
Can I migrate my purchase on a new email account?
Is Smart Launcher Pro a lifetime license or a subscription?
I already paid for SL3. Do I need to pay again for SL5 Pro?
I want a refund, for reasons…
Common issues
I cannot set gestures to work with Smart Launcher (Android 10)
The clock reports a wrong alarm time. I didn’t set any.
I see invasive ads while using Smart Launcher or other apps.
Does Smart Launcher drain battery?
I cannot move icons freely on my home page
While I was using my Huawei/Honor device, a message appeared saying “Your phone has just recovered from a serious error caused by Smart Launcher”. What does it mean?
Smart Launcher displays everything in black and white. I can’t see colors anymore.
I can’t set Smart Launcher as default launcher
After using the double tap to turn off the screen I cannot unlock my device using fingerprints
I tried to add a shortcut to the home page but when I try to launch it a message says “The system doesn’t allow Smart Launcher to perform this action”.
Smart Launcher is continuously restarted
Notifications badges do not work for certain apps
The notification count notifies the wrong count/doesn’t work as expected
Problems with Smart Launcher Gestures
Is Smart Launcher compatible with my device model?
I installed Smart Launcher but I don’t like it. How can I revert all the changes?
Feedback and suggestions
What is the most appropriate place in which I can leave my feedback?
Report a problem
I’m experiencing a problem. What can I do?
How can I uninstall Smart Launcher?
Smart Launcher cannot be uninstalled
I have a question about lock screens.